Sales Companies live and die by their leads.

The number of leads and the quality of these leads are huge concerns. Yet getting more good leads is seldom the solution.

Every salesperson says they want more leads, and every survey of prospective customers verifies that the salespeople don’t respond to the leads they already have.

Staci Pendergrass, the visionary leader behind the startup company Websites That Sell faced this exact dilemma. Her under-performing sales team demanded more leads, yet her research showed they were squandering the ones they already had. Should she give into them and provide even more leads? Or should she fire the whole group and go back to handling sales herself as she built up a new team to handle leads the right way?

“I track every conceivable metric,” Staci said, “from cost per click to cost per lead to cost per sale—and everything in between. Something wasn’t aligning.”

Before she made a rash decision or a wrong resolution, she set aside a week to do nothing but investigate why she was in this situation and what she should do about it. As it turned out, she didn’t need a whole week but just one weekend.

Staci learned that when it came to leads, the speed of response was the single biggest factor between success and failure. Yes, she would need to hold her sales team accountable for their work, but she also needed to get the leads to them faster.

She had been under the impression that responding to an online lead within one business day was standard operating procedure and responding the same day was a best-of-class outcome. Boy was she mistaken. Study after study confirmed that a speedy response, one measured in minutes, not days, was the key.

A response to an online lead made within five minutes had a 20 times greater success rate than waiting for one hour. And waiting till the next day made the lead almost worthless. (She also knew that after the first response to a lead, sales needed to follow up at least eleven more times to close the sale. Boy would they get an ear full at their next sales meeting.)

Because she was in the website business and was great at what she did, getting prospects to submit their request for more information wasn’t a problem. She excelled at this by driving organic search to her website and through carefully monitored paid advertising.

But once the prospect clicked “submit” on the online form, her company didn’t fare too well. In fact, they were a dismal failure. Yes, her staff was able to respond to most leads within twenty-four hours, which was her old standard expectation, but they were seldom much faster. In analyzing an entire week of leads, only one salesperson responded to one lead within an hour, and no one responded within the critical sweet spot of five minutes.

Yes, she could tighten the behind-the-scenes processing of leads and get them to her salespeople faster, but what if they were already talking with the prospect, at lunch, or it was after hours? Though she considered requiring all her salespeople to be on call 24/7 to handle leads as they came in, she knew this was an overstretch and not fair—especially if they were to maintain the work-life balance she so often preached. She needed to find a different solution.

Fortunately, she continued her online research and came across Direct Call Centers, a call center and BPO (business process outsourcer) that specialized in offering lead response services. The more she learned, the more excited she became. Direct Call Centers, she hoped, was the solution she and her sales staff so desperately needed.

And a quick phone call to Direct Call Centers confirmed she was on the right track.

All she needed to do was have her information request forms sent straight to Direct Call Centers. Their system would receive this information within a couple of seconds and assign the lead to their most available staff member. This person would make that critical first contact within five minutes, sometimes even within one minute.

The professional and friendly staff at Direct Call Centers would answer the prospects’ questions, verify basic information, and do an initial lead qualification analysis, based on Staci’s parameters. Then, depending on Staci’s needs, Direct Call Centers could either continue to work the lead or make a handoff to one of her salespeople. And it didn’t matter when the lead came in. Direct Call Centers was there to respond quickly day or night, weekday or weekend, even on holidays.

Direct Call Centers offered the lead response solution Staci so desperately needed. Within a few days her account with Direct Call Centers was set up and working, with the staff trained on the basic services Staci’s company offered. 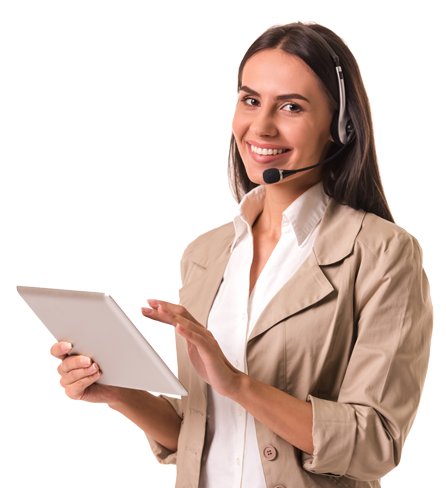 Staci’s sales staff was at first resistant to this change. They worried about a loss of control and, even worse, a reduction in commissions. But their worries soon disappeared as they received more good leads and closed more sales. And all this happened because Direct Call Centers was providing this so-critical, five-minute response time for the first contact to a new lead.

“I wished I’d known about this sooner,” said a philosophical Staci, “but I’m glad I know about it now. Without increasing our advertising budget one cent or generating any more leads, our sales have skyrocketed. Now I need to hire more web developers. That’s my next challenge to resolve,” she said with a wink.

Do you have a problem with your leads, like Staci use to? Do salespeople beg for more? And do prospects claim no one contacted them? Solve this once and for all with lead processing service from Direct Call Centers. They’ll respond fast and respond right.

Then you can close more deals. Isn’t that why you’re in business?