However, a failure in the Customer service area will Doom an otherwise sound company, no matter how good their Products or Services.

Having No Customer Service Is Customer Disservice

Joshua Brandt, founder and visionary behind Brandt Innovations, built his company and its reputation on providing innovative products, which tapped an upscale market comprised of young, upwardly mobile professionals.

Technical curiosity was in Joshua’s blood. After graduating with a master’s in engineering from a respected university, Joshua launched his company from the spare room in his apartment. Five years later he was running a fast-growth company, poised to break out big.

Yet one thing threatened to keep him from reaching the next level. One thing could destroy his burgeoning enterprise. His company struggled at providing customer service. He’d known this from day one, and he knew it now, but despite many attempts to fix it, it remained his company’s Achille’s heel.

In the beginning his company had engineers and technicians. Of necessity they provided a modicum of customer support—when they had to. To grow his company, he brought on commission sales reps. They sold to distributors, but when he insisted that they service the companies they sold to, Joshua faced a rebellion. He backed down. He had to.

Next, he tried to build a customer service department, but a lack of resources and high staff turnover seemed to thwart every step forward. Though they could somewhat handle the customer service needs of their corporate buyers and distributors, they fell far short in dealing with the individual buyers the company’s website attracted. Customer complaints skyrocketed, and the once shiny reputation of Brandt Innovations faded.

If Joshua was going to move his company forward, he had to find a way to master customer service. R&D was their strength, and they did quite well with sales and marketing, so how hard would it be to crack the customer service nut? As it turns out, quite hard.

When yet another customer service manager quit unexpectedly—and took half the staff, the best half, with him to his new job—Joshua knew he needed a different approach. He wondered about outsourcing. Even though he knew little about it, he suspected it might work.

However, in his faulty understanding of outsourcing he thought that meant sending work overseas. There he expected to encounter accented agents who struggled to communicate in English as they attempted to solve customer concerns from US-based buyers. 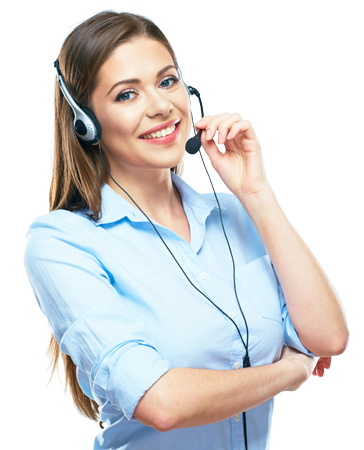 By selecting a US-based call center, he could outsource his customer service work to a group of agents who excelled in English, were part of his customers’ culture, and could appreciate the products his company sold. After an extensive RFP process, Joshua narrowed his list of potential providers down to three. Then he made on-site visits to each one to verify that what they represented on paper reflected the reality of their operations. After his visits, a clear leader emerged: Direct Call Centers.

Although Direct Call Centers was the superior choice in most every category, Joshua especially liked the thorough way they proposed to bring on his company’s work. They sought to address his biggest pain points first, to stop the bleeding. Next, they would introduce additional services to round out the support they provided to his customers. Last, they would roll out new offerings and be poised to grow with Brandt Innovations as Joshua took his company to the next level.

Here’s what they did.

The most pressing customer service struggle of Joshua’s company fell in an area that he called logistics. This included tracking shipments, dealing with returns, and providing refunds, all with the goal of maintaining a positive relationship with the customer. Direct Call Centers took this function on first, training their staff on the processes and support systems of Brandt Innovations. From the first month, Direct Call Centers made a significant improvement in this area and identified other related items that needed attention.

Then they moved to phase two. They introduced phone support to answer prospects’ questions, assist buyers in placing orders, and handle other customer service issues. Again, Direct Call Centers focused on staff training before they took on these expanded roles. And again, as they dove into addressing these areas, they identified other related issues that the bigger problems had masked. Each time they discovered a new shortcoming in Brandt’s systems and processes, they took proactive steps to resolve it.

The final phase occurred with Direct Call Centers rolling out new services. They added email support, which had been haphazard at best. They also showed Brandt Innovations on how to add chat to their website. Then Direct Call Centers handled all web chat 24/7. Finally, they added texting as another communication channel, along with social media monitoring and response.

Within a year Direct Call Centers had turned the customer service nightmare at Brandt Innovations into an area of strength—and a source of newfound pride. Customers responded by placing more orders.

Customer Service to the Rescue

“Direct Call Centers saved my company,” Joshua said a couple of years later. “No amount of R&D excellence and sales expertise could make up for our total weakness in customer service. We tried hard to fix it ourselves, but we couldn’t. Every time we failed. We didn’t find success until we hired Direct Call Centers and turned the whole thing over to them. It was the best move I made since launching the company.”